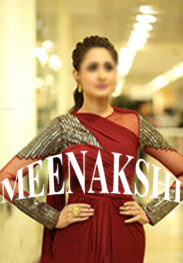 Fake number and fake profile. The person in the picture is Indian movie actress sayeesha. Don’t fall to trap

First off, I am new to this world. This is my first time ever doing anything like this. Ms. Caramel was an amazing companion! She never made it feel awkward in any way. She is able to keep a conversation going making the experience feel natural. The place I stayed had tight security so I had to go downstairs to get her. She had just gotten off from work. When I first saw her I didn’t realize just how petite she really was. Caramel is very well kept and extremely cute. We went for a little snack first then she preceded to show me some spots around town. We made it back to the room where she immediately wanted to jump in the shower. As she was getting undressed she invited me to join her. You can tell by watching her that she take good care of herself. After our shower I had laid on the bed faced down so she proceeded give me a massage on my back. She was very sensual in her actions. We talked about random things during this time. After she laid down next to me and then… We began to kiss. She immediately turned me over and began to give me the best BJ I’ve ever had. A bit sloppy but definitely knows what she’s doing. Not even 5min in and i was ready to pop. Me being a someone who was taught to get the woman off first pushed her off and flipped her over and worked on her. She knew exactly what she wanted and how she wanted it. She told me exactly what she wanted me to do. So of course I followed. Before I knew it she was extremely slippery and wet. She came and then it was my turn again! She started to give me head once again and OMG! Best BJ ever! I tried my best not to cum quickly so I could feel inside of her. After a little bit of time she asked for a condom. Caramel put it on me and climbed on. She was so tight! She then proceeded to ride me. I’m not going to get into all the little details. Let me just say that this was my first time with anyone in this industry but Caramel, definitely set some high standards to follow. I would definitely give her a call if I’m ever In Manila again.